*This post is sponsored by Adventure Force, but all opinions are my own.

If you know my oldest Gray, you know one of his love languages is gifts.  His face lights up when he gets a new toy and he loves anything that involves cars and building.  Recently I wanted to reward him for working hard on his homeschooling assignments so I went on Walmart.com to find him a new toy.  As soon as I saw the Adventure Force Dino Shark Garage I knew he would love it.  It combines so many of the things he loves-dinosaurs, sharks, cars and. race track!  I opted for the pick-up option and it was super easy to place the order online.  Since my dad was running errands I asked him to pick it up and he said the pick-up process was very convenient. 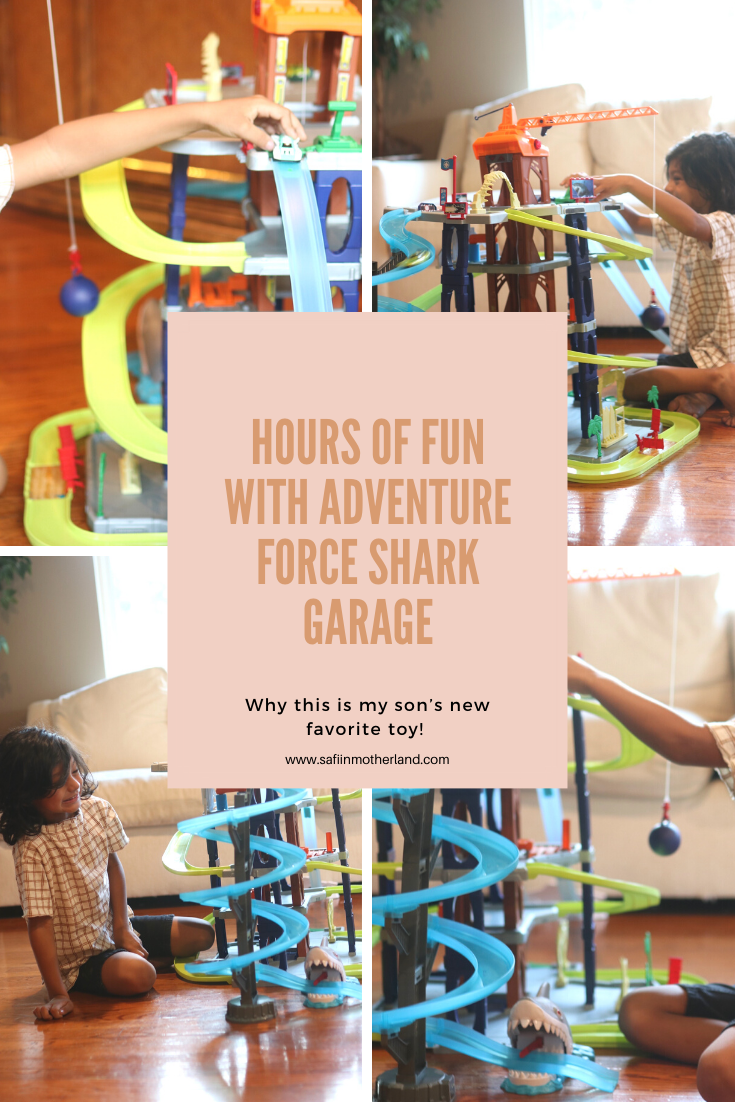 When I brought it out to show Gray he was SO EXCITED.  It came in a huge box and he was jumping up and down.  Typically, my husband helps Gray put toys like this together but he was at work.  Gray didn’t want to wait so I decided that we would just build it together.  It took us an hour or two to put everything together and put all of the stickers on.  I wasn’t expecting it, but it was such a good bonding activity for us to do.  Gray loves building things and I could tell he was so happy that I was putting the garage together with him. 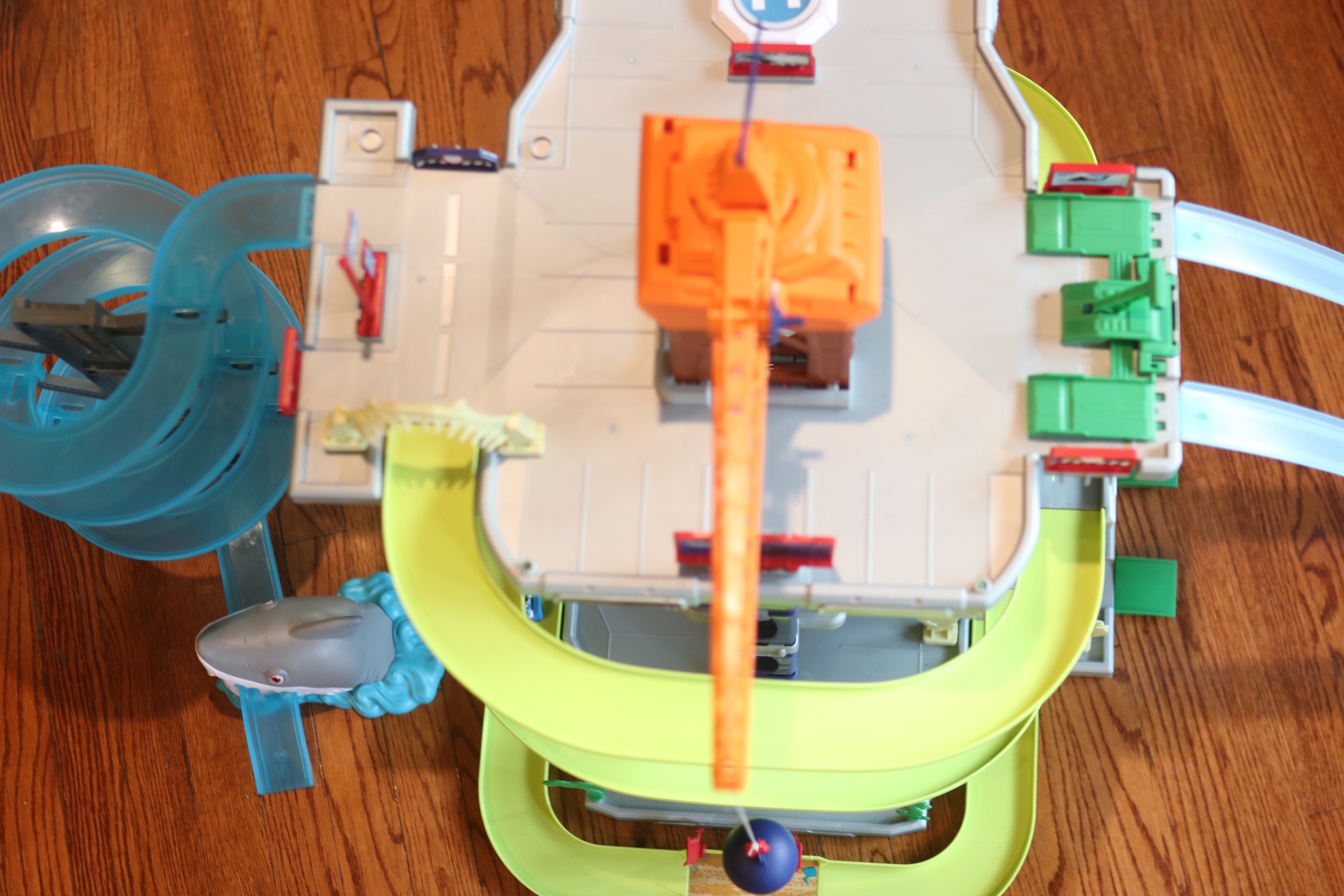 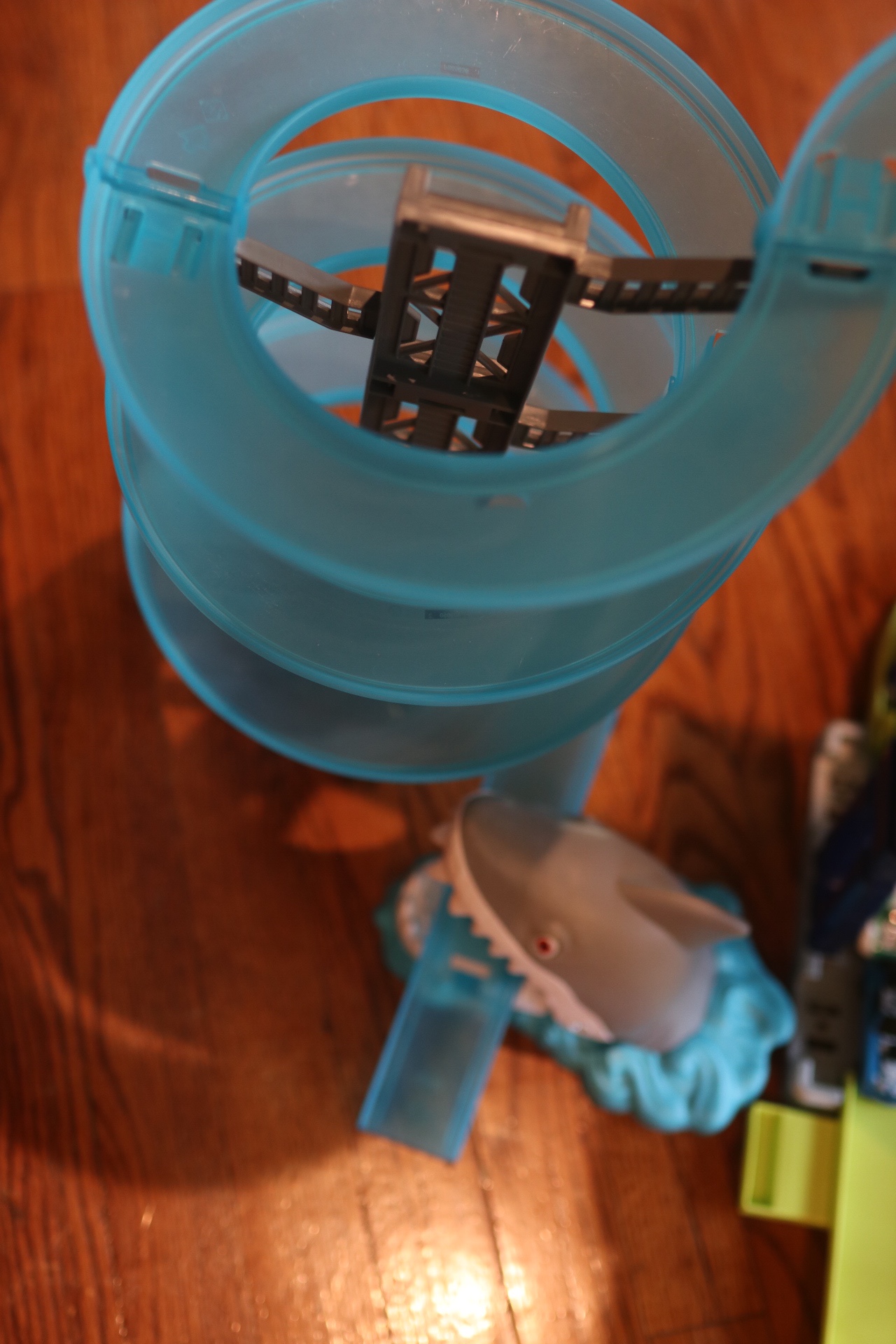 It was fun seeing him look at the directions and figure out how to build the garage (and for correcting me when I was doing it wrong lol).  I was really impressed with all of the fun details and interactive elements.  Once it was completed, Gray had the best time racing cars, zooming through the garage and finding creative ways to play with it.  His favorite thing is the 360 degree crane with net, and wrecking ball. 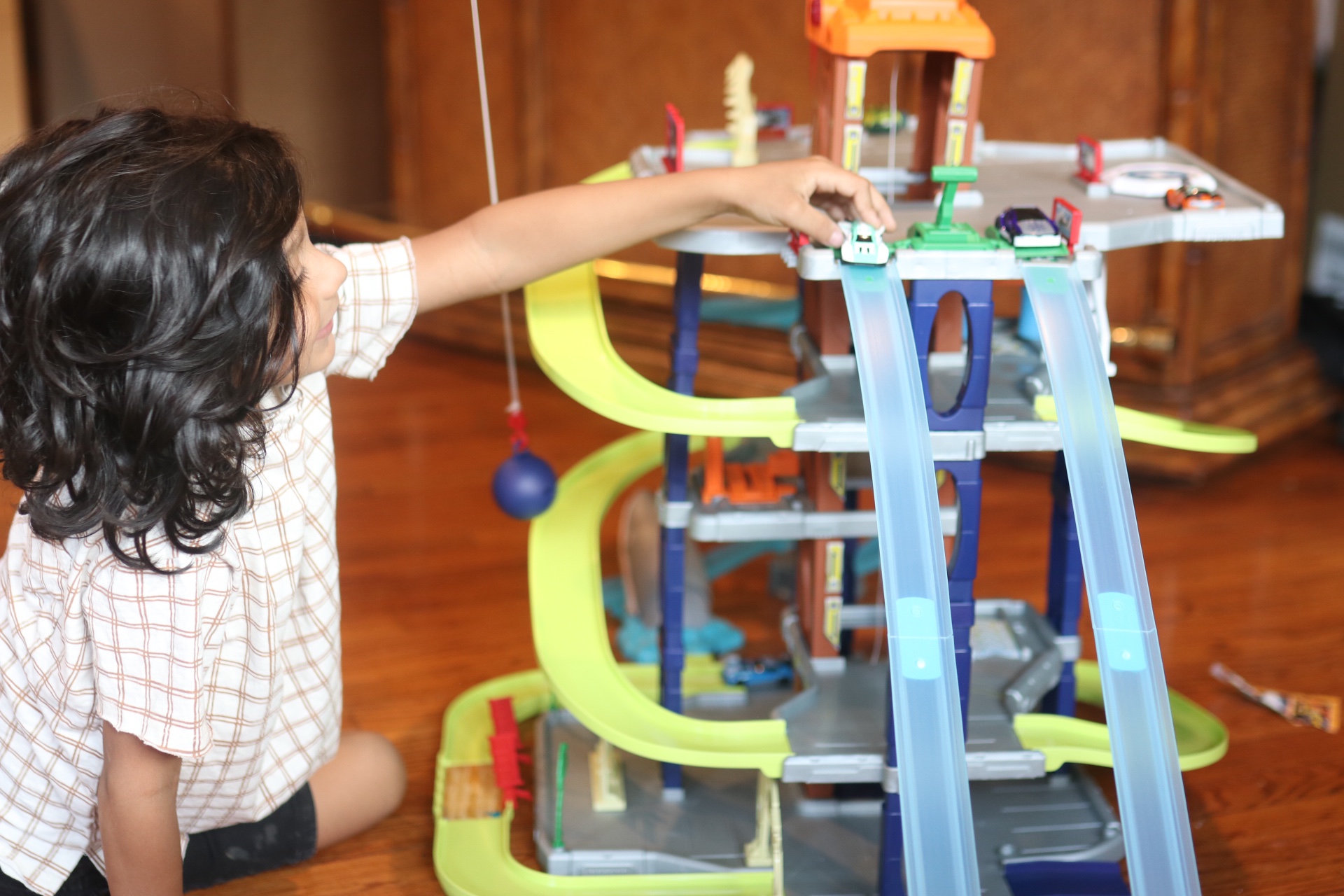 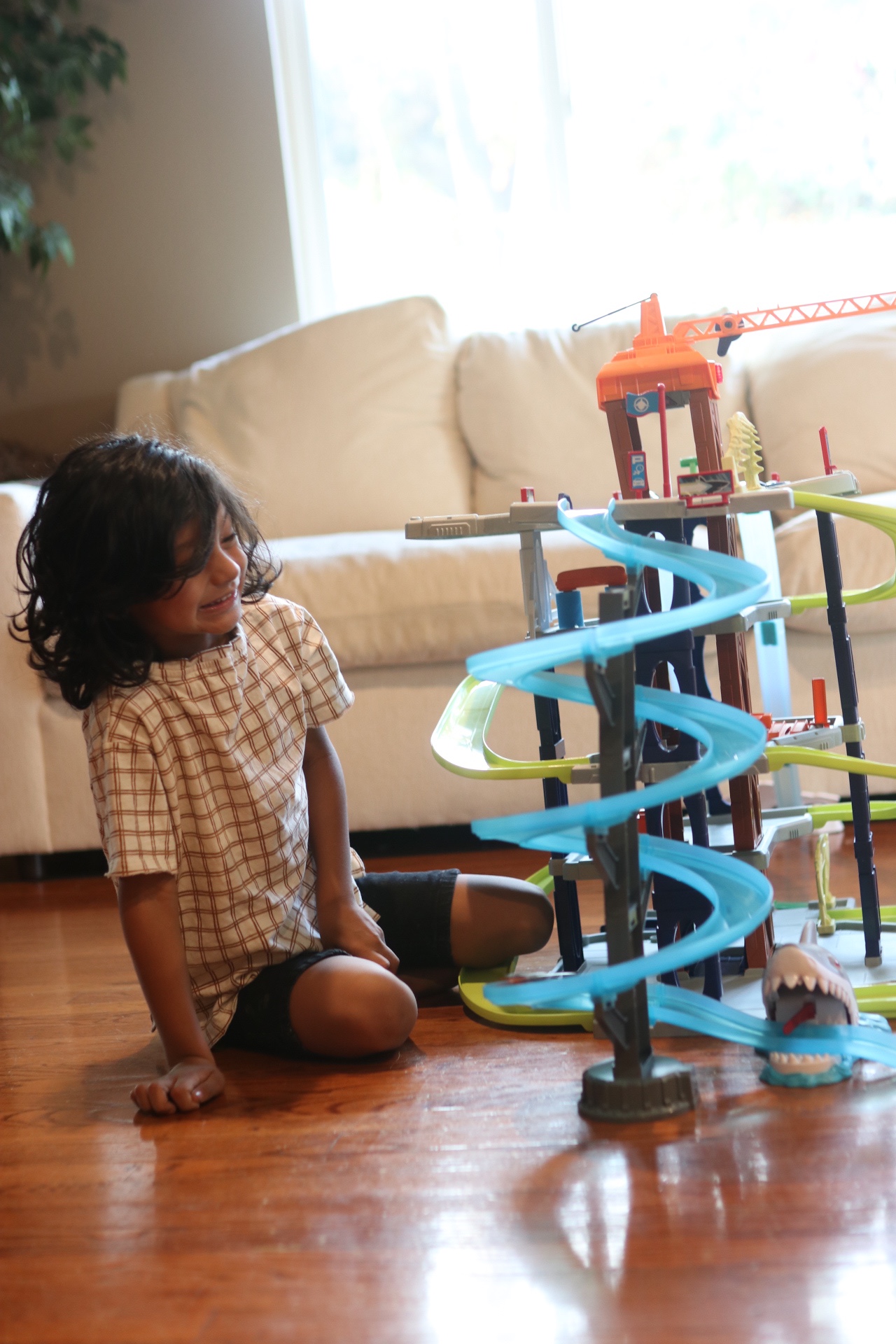 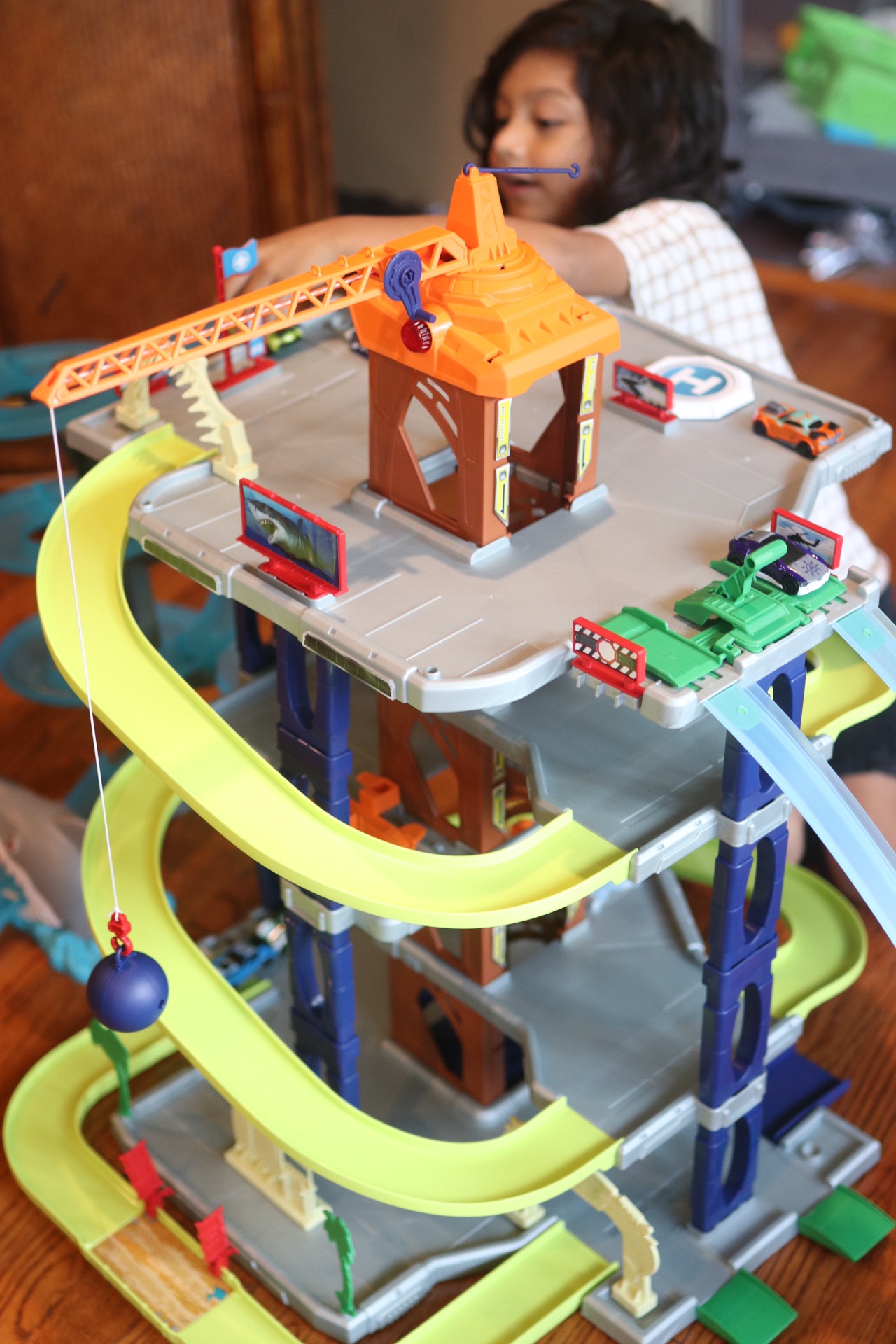 Gray has had race tracks and parking garages before, but he’s never had one that was five parking levels and a motorized elevator! He has probably thanked me 100 times since I got it for him and he’s spent hours playing with it. 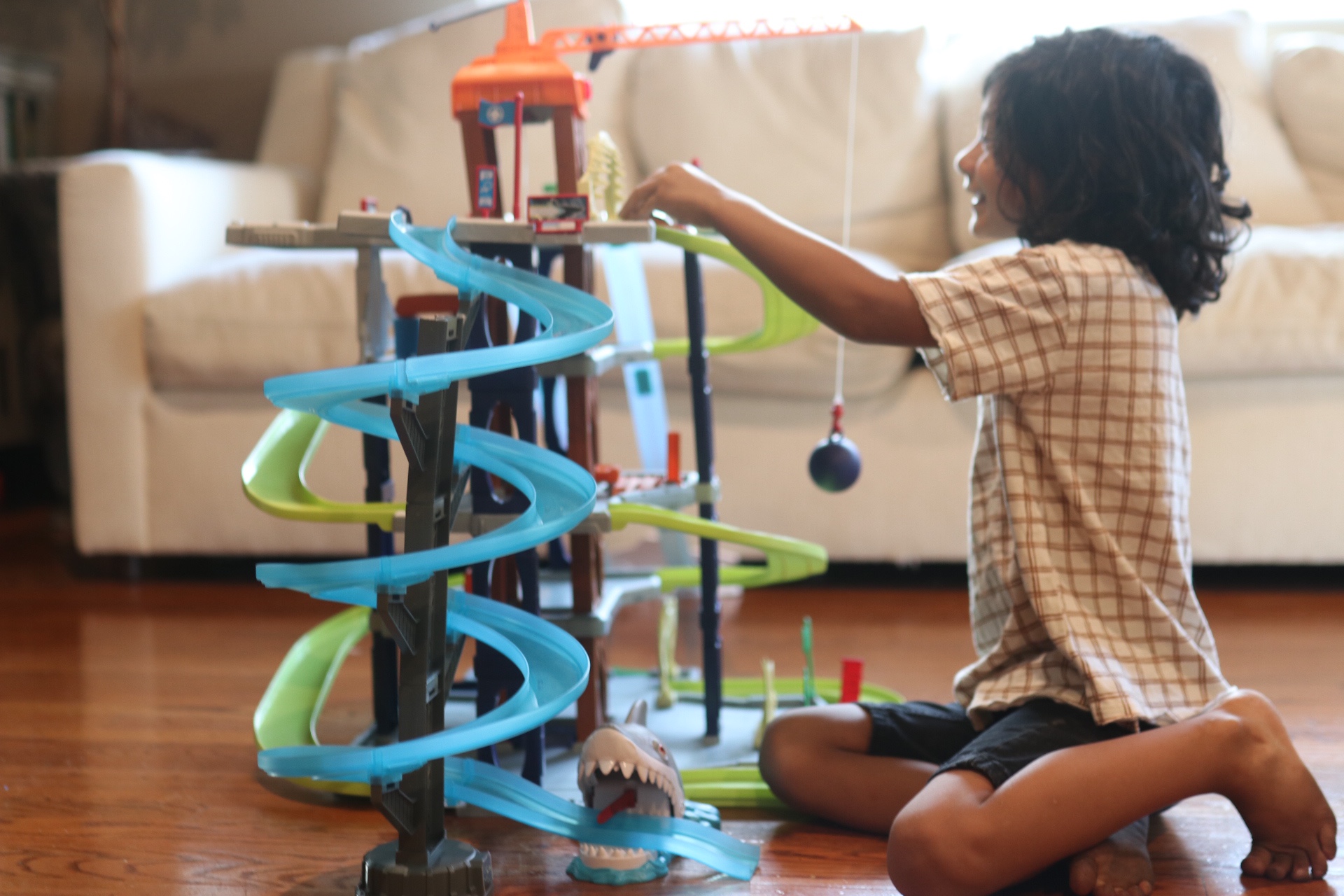 If you’re interested, you can find the Adventure force Dino Shark Garage here

I talk a lot about how there have been lots of challenges this year, and they’re challenges that we’ve all been experiencing.  Being a mama of two working from home and homeschooling a kindergartener for the first time has been interesting to say the least.  Most days I feel guilty for either not getting enough…

Can you believe Christmas is just a few days away?!  I don’t know about you, but I still have a few gifts to buy.  I’m sure I’m not the only one who isn’t finished with holiday shopping so I wanted to give you some ideas!  I’ve created a little round up with gift recommendations for…

5 Easy Ways to Get Into the Holiday Spirit

It seems like everyone is decorating for the holidays earlier and earlier every year, but I have to admit it doesn’t bother me this year. With everything that’s going on, I think we can all use the extra joy. I finally gave in and started decorating and doing some of our favorite holiday things. *This…

Monetizing Your Skills with Shake

This is a sponsored post written by me on behalf of Shake. All opinions are 100% mine. I’ve been a content creator for a few years now and the #1 question that I get asked is “How do you make money?” The majority of my income comes from brand collaborations-meaning I create content and post on…

This year has been a crazy one, so Jax’s 1st birthday definitely snuck up on me.  I started looking for birthday themes on Pinterest a couple of months ago, but didn’t really find anything that stood out to me.   I finally came across the Little Cutie theme and knew it was perfect.  After looking on…