5 Mistakes I Made as a First-time Mom

When I became a mama almost five years ago, I honestly had no freaking idea what I was doing.  Like most things in our life, we were basically just winging it.  Now that baby number 2 will be arriving in a few short months, I’ve been reflecting a lot on my experience as a first-time mom.  I have a lot more on my plate this time around (full-time job, toddler, side hustle), so I know a lot of the things I did as a first-time mom just won’t be possible this time.  I don’t regret anything about my experience as a first-time mom, but there are definitely a few things I would not do again.  If you’re a soon-to-be mama, thinking about becoming a mama or expecting your second-this is for you! I wanted to share the mistakes I made in the hopes that you’ll learn from them. 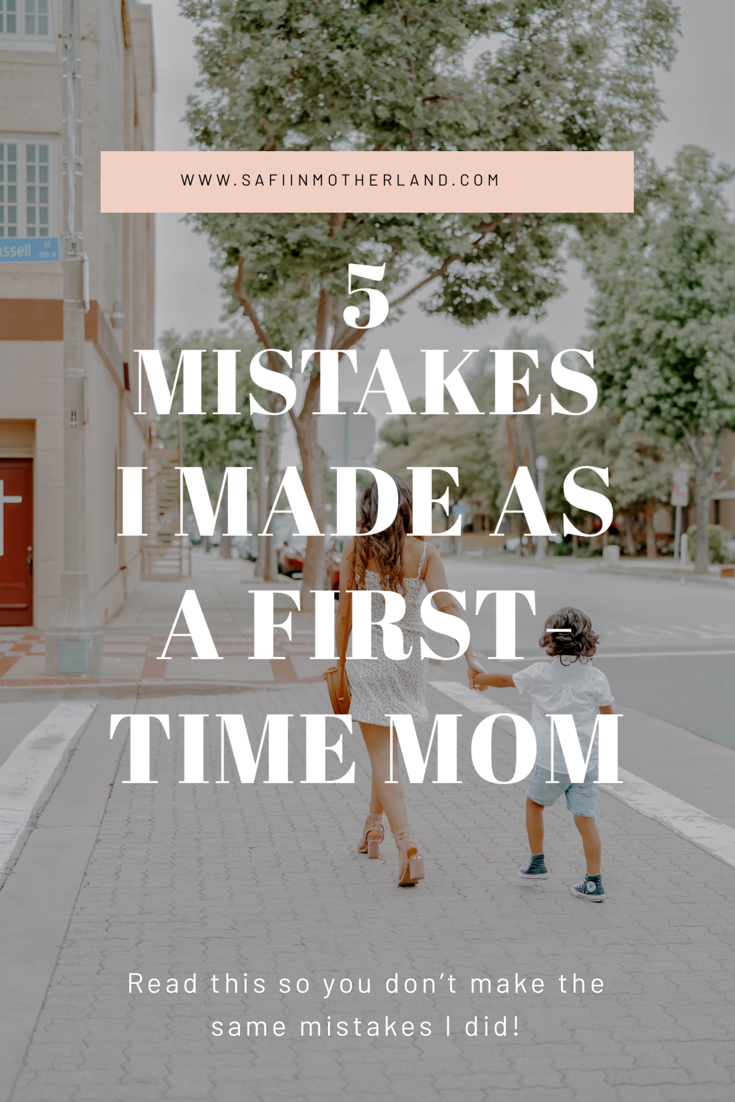 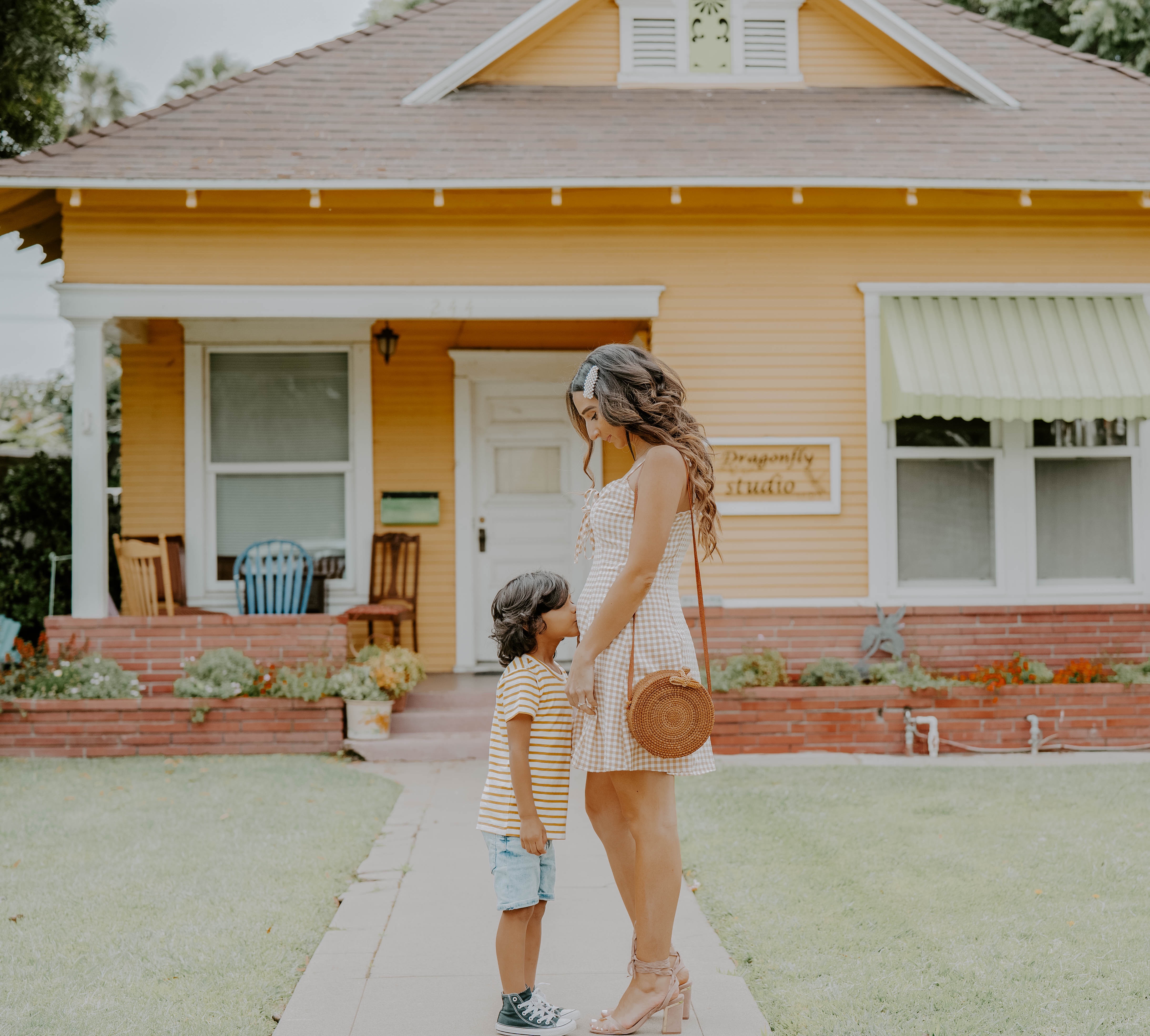 1. Being too flexible with sleep

Before having Gray all of the parents we knew told us to “get as much sleep as we could.”  I was expecting to be so sleep deprived, but it honestly wasn’t as bad as I expected when we first brought Gray home from the hospital.  He would wake up every 3-4 hours to nurse, and I was able to sleep in or nap when he napped during the day.  He started sleeping through the night at three months (WHAT?!)  and I was soo excited.  Unfortunately, that only lasted two months.  At five months he started teething and I assumed it was just a phase so I would just pick him up when he cried to nurse him.  He never slept through the night again until I weaned him….WHEN HE WAS 2 1/2.  So yea, I definitely wished I let him self-soothe himself to sleep instead of thinking he was going to go back to sleeping through the night.  Now that I’ll have two little ones, I’m assuming the whole sleeping in/napping when the baby naps is not going to happen so getting a good night’s sleep will be more of a priority for me this time-pray for me lol.

2.  Not introducing a bottle

Like I mentioned, I breastfed Gray for 2 1/2 years.  I was a SAHM for two of those years and I was working full-time for the last six months.  I mentioned in this post that I was pretty isolated as a first-time mom.  It was just me and Gray most of the time when my hubby was at work, so I didn’t even think to introduce a bottle to Gray when he was a baby.  I basically didn’t go anywhere without him so there wasn’t really a need for me to give him one.  I had no idea that you basically have a window of time to get your baby used to taking a bottle, and I definitely missed that window.  Fast forward a year into motherhood, and we hadn’t gone on a single date, I hadn’t had a single girls night and I was missing adult interaction.  We tried to give Gray a bottle a few times at that point, but he was not having it.  This time, it’s absolutely going to be essential that baby #2 learns to take a bottle so I’m able to have a little more freedom. 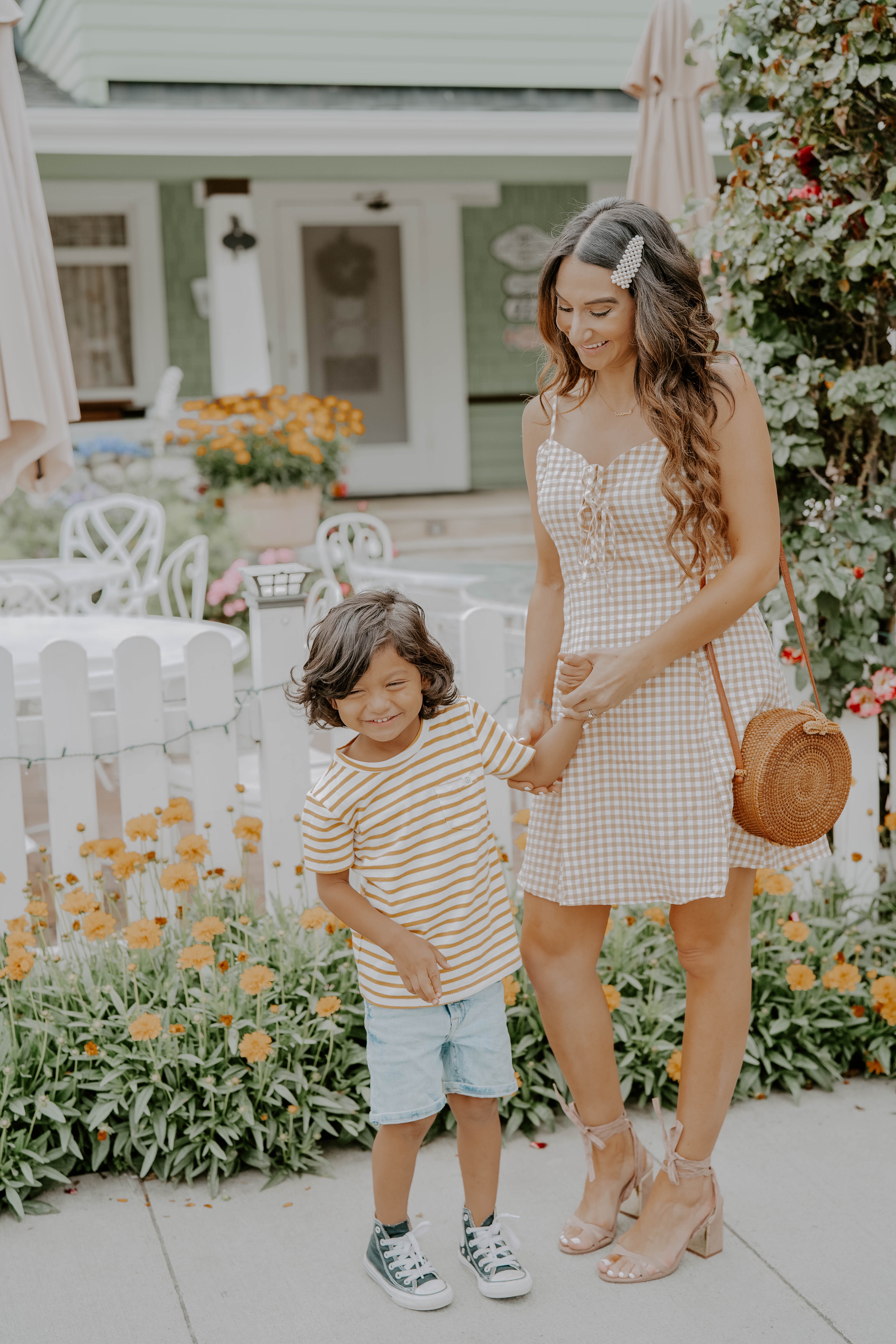 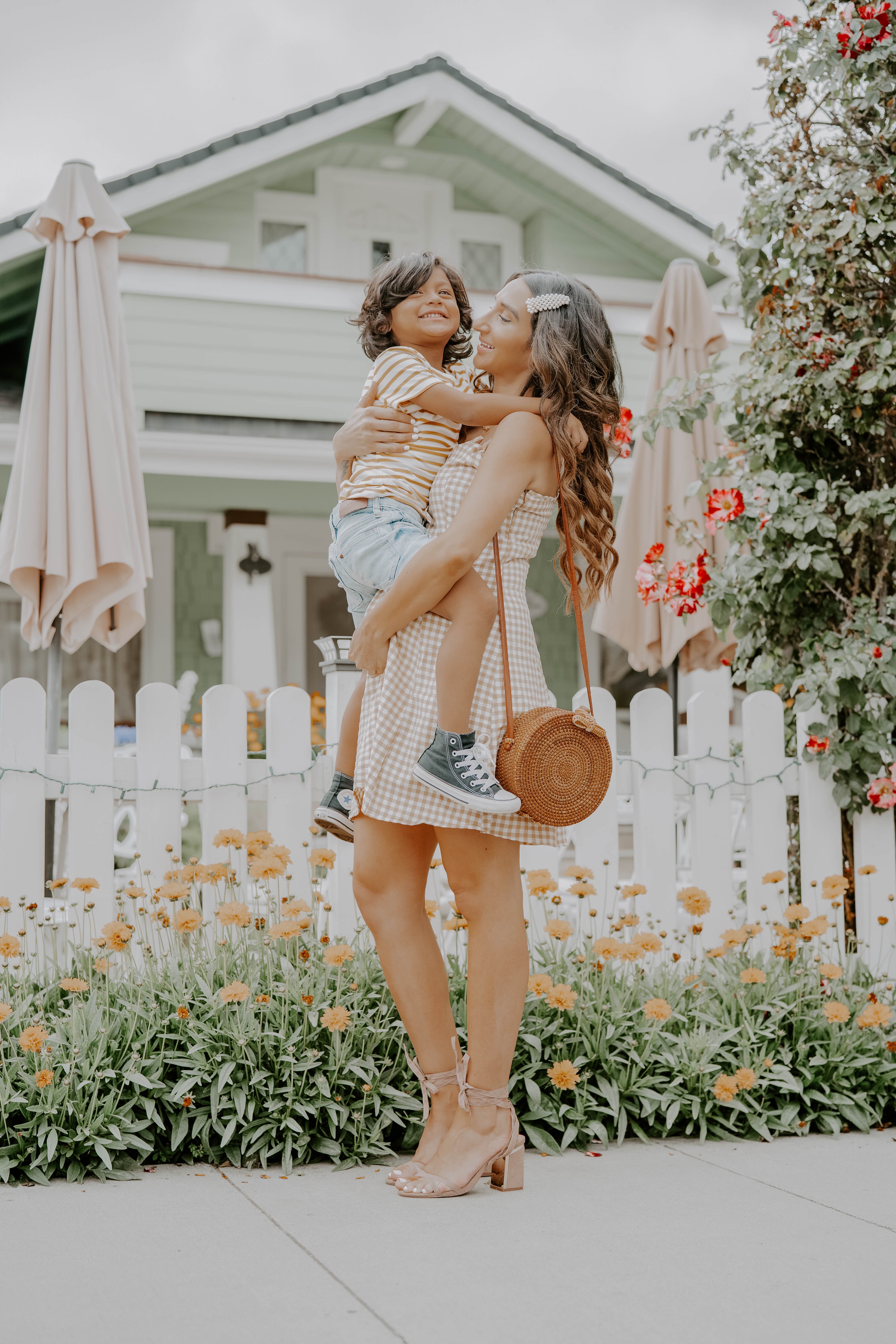 Gray is almost five now, and I have literally JUST started making myself a priority within the last year.  Mom guilt hit me hard (you can read about that here), and I basically felt guilty for even thinking about wanting to do anything for myself.  I didn’t get my hair or nails done for over a year after I had Gray, I didn’t step foot in a gym (I used to work out twice a day before  getting pregnant), didn’t socialize with friends and I felt like it was pointless to buy anything for myself since I was always at home anyways. It’s honestly taken so much internal work to change my mindset to believe that I deserve to make myself a priority.  I finally understand that in order for me to be the best mom and wife possible, I have to practice self-care.  I know it’s going to be even harder to do this with two little ones, but it’s also going to be even more necessary. 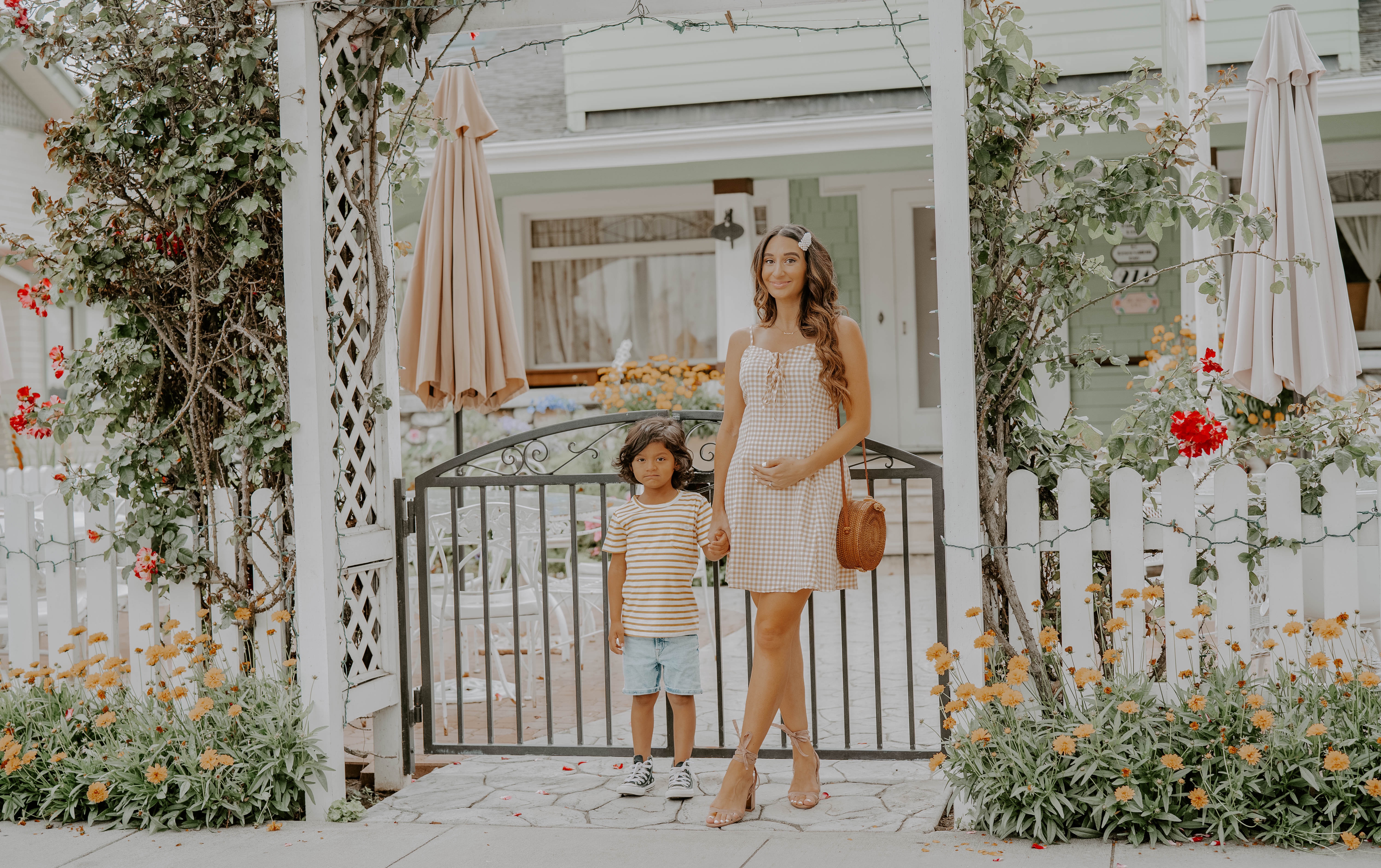 When Gray was a baby, we were typical first-time parents.  We were scared to take him too many places and didn’t travel much because we thought he was too young.  Little did we know, it was going to get MUCH more challenging to travel with a toddler than it would have been with an infant.  Gray loved being in the car and when we did take him on a flight, he was so good.  It also would have been smart to take advantage of the time period where it was free for him to fly.  It was also way easier to fly with Gray when I was able to use breastfeeding as a distraction lol.  When he became a rambunctious toddler, we would reminisce about the days when he would sleep through our dinners at restaurants on staycations.  If we would have known everything we know now, we would have gone out more, taken more staycations and traveled more in the first couple of years of Gray’s life. 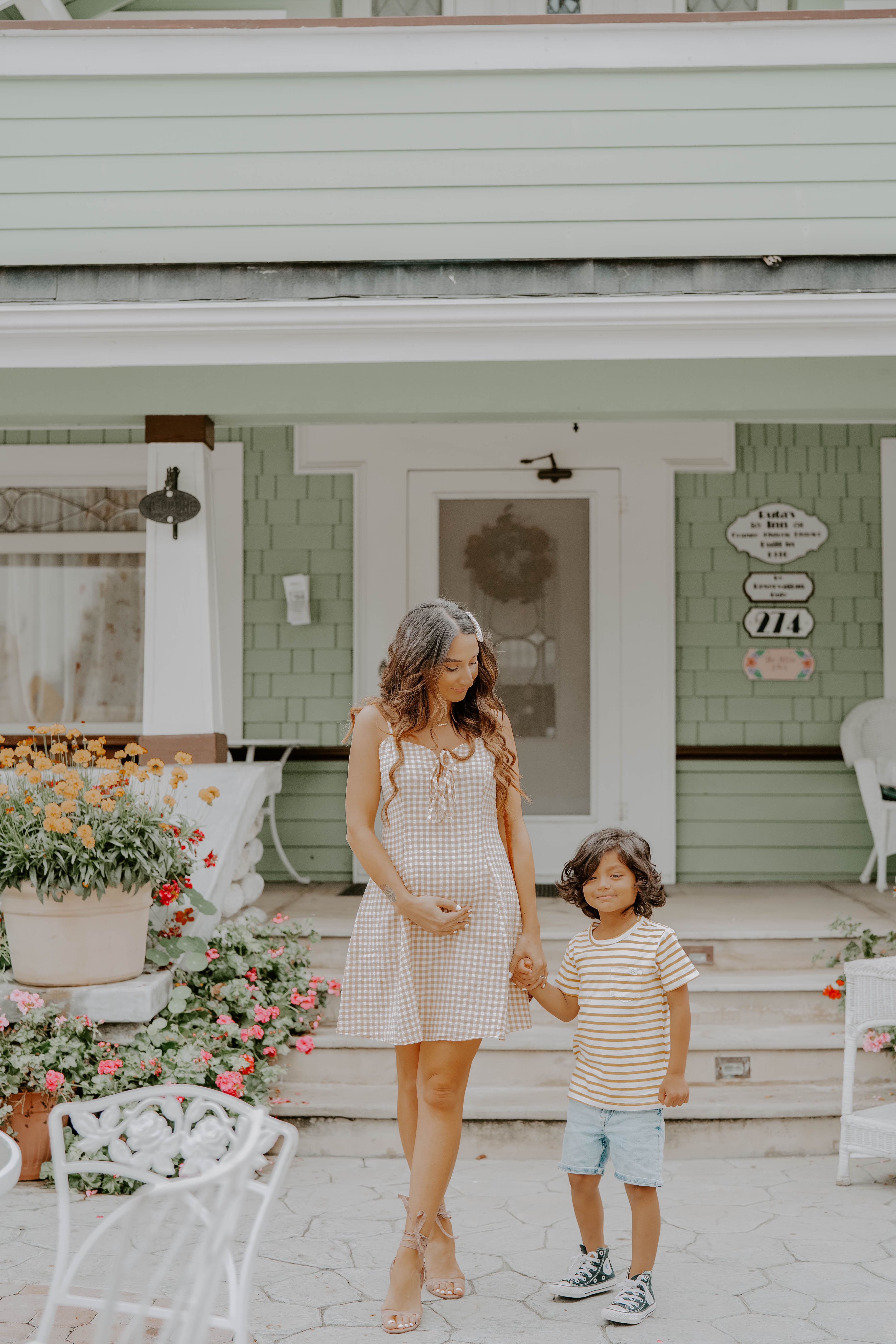 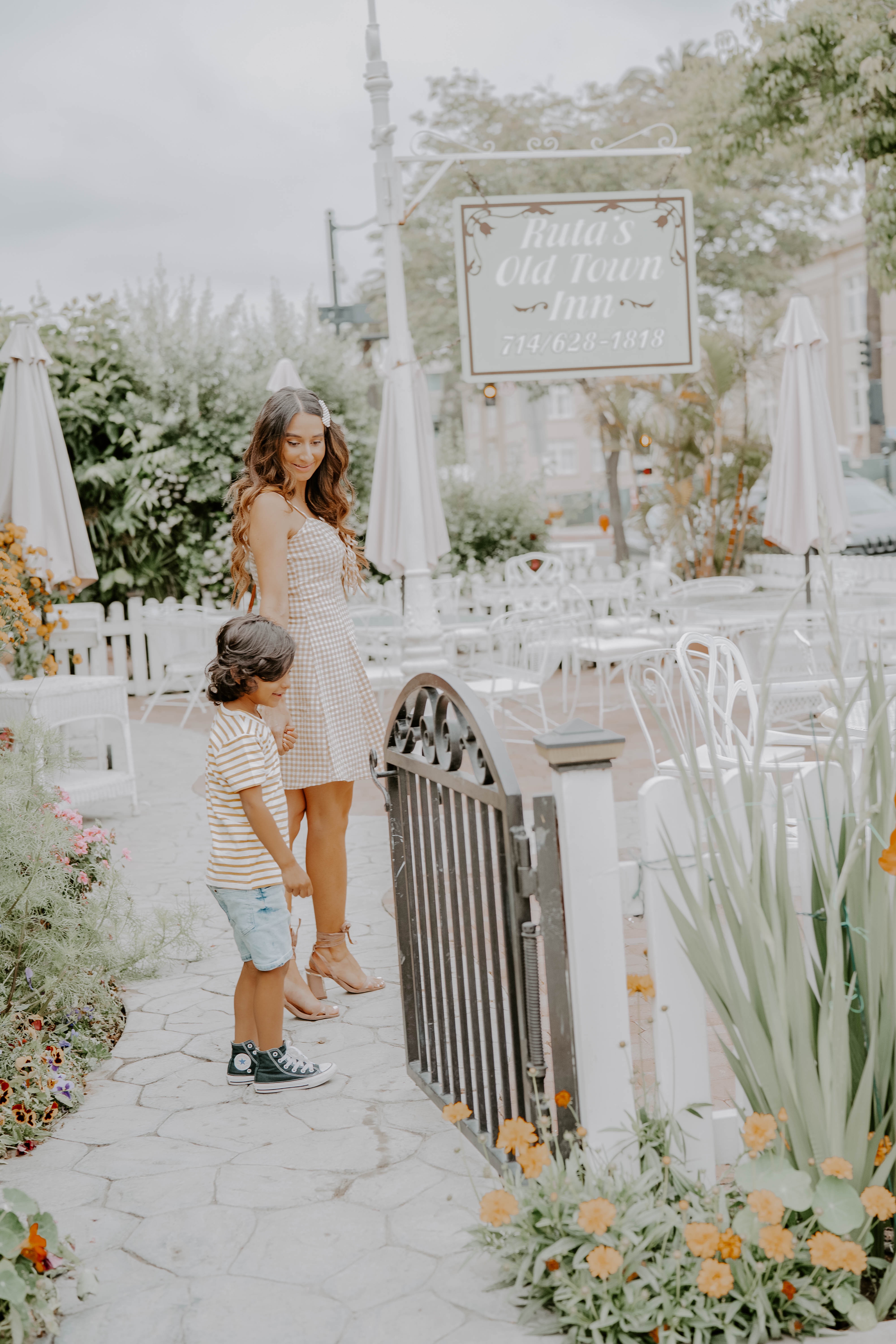 This has always been something that’s been difficult for me (and if I’m being honest it still is), but it got even worse when I became a mom.  My little sister and cousin had also had babies recently, but other than that I didn’t really have any mom friends.  I didn’t really ask for help that first year from anyone other than my hubby.  Because I had so much mom guilt, I felt like when my hubby was home for work I should be spending time with him and Gray so I didn’t ever want to ask to do anything without them.   We ended up getting some help after Gray turned one so I would run solo errands, and the hubby and I finally got to squeeze in some date nights.  For some reason, it honestly didn’t occur to me to ask for help before that first year.  I’m trying to mentally prepare myself to be aware that asking for help does not make you weak.  We all need help at times, and that’s ok! 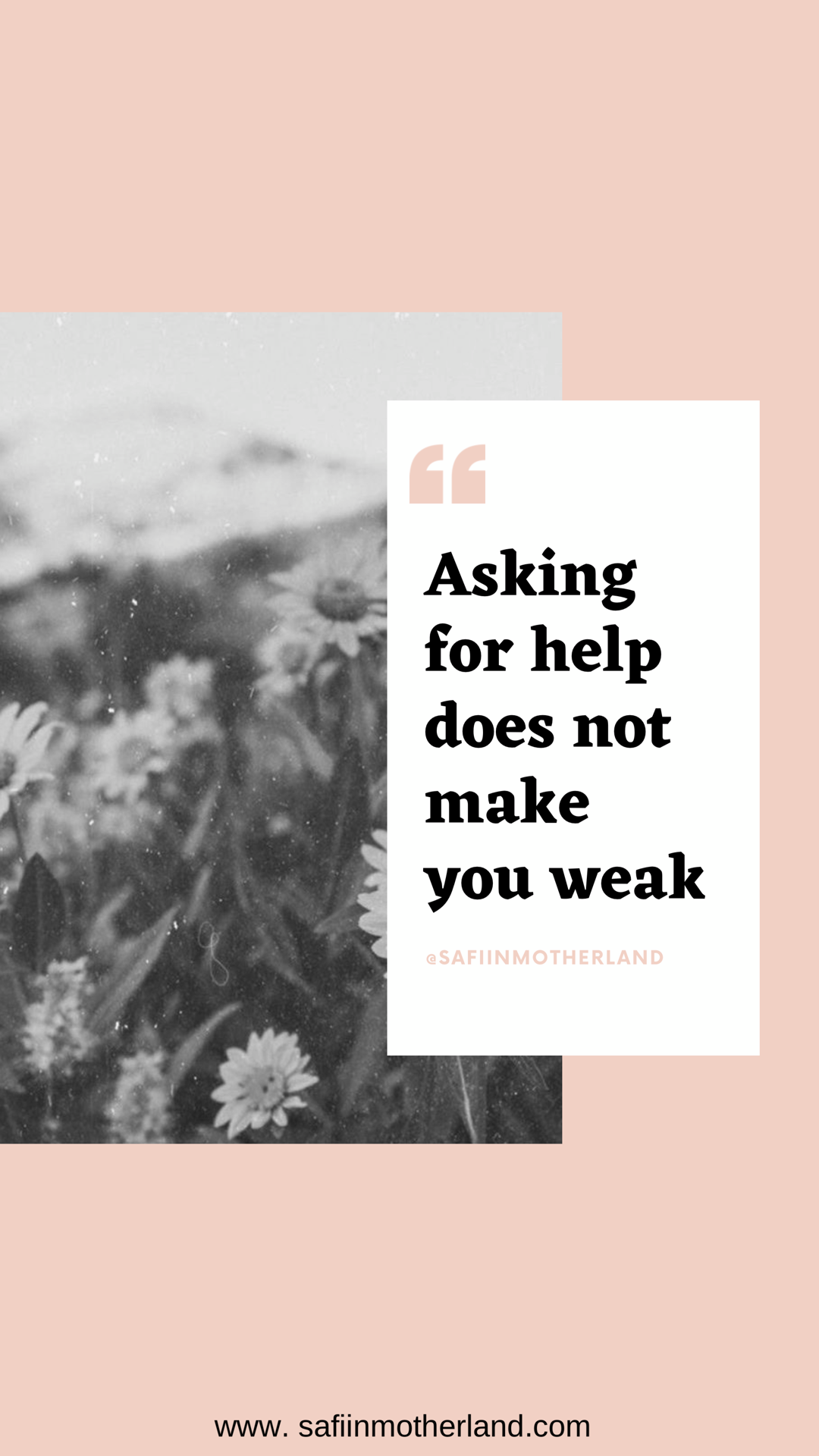 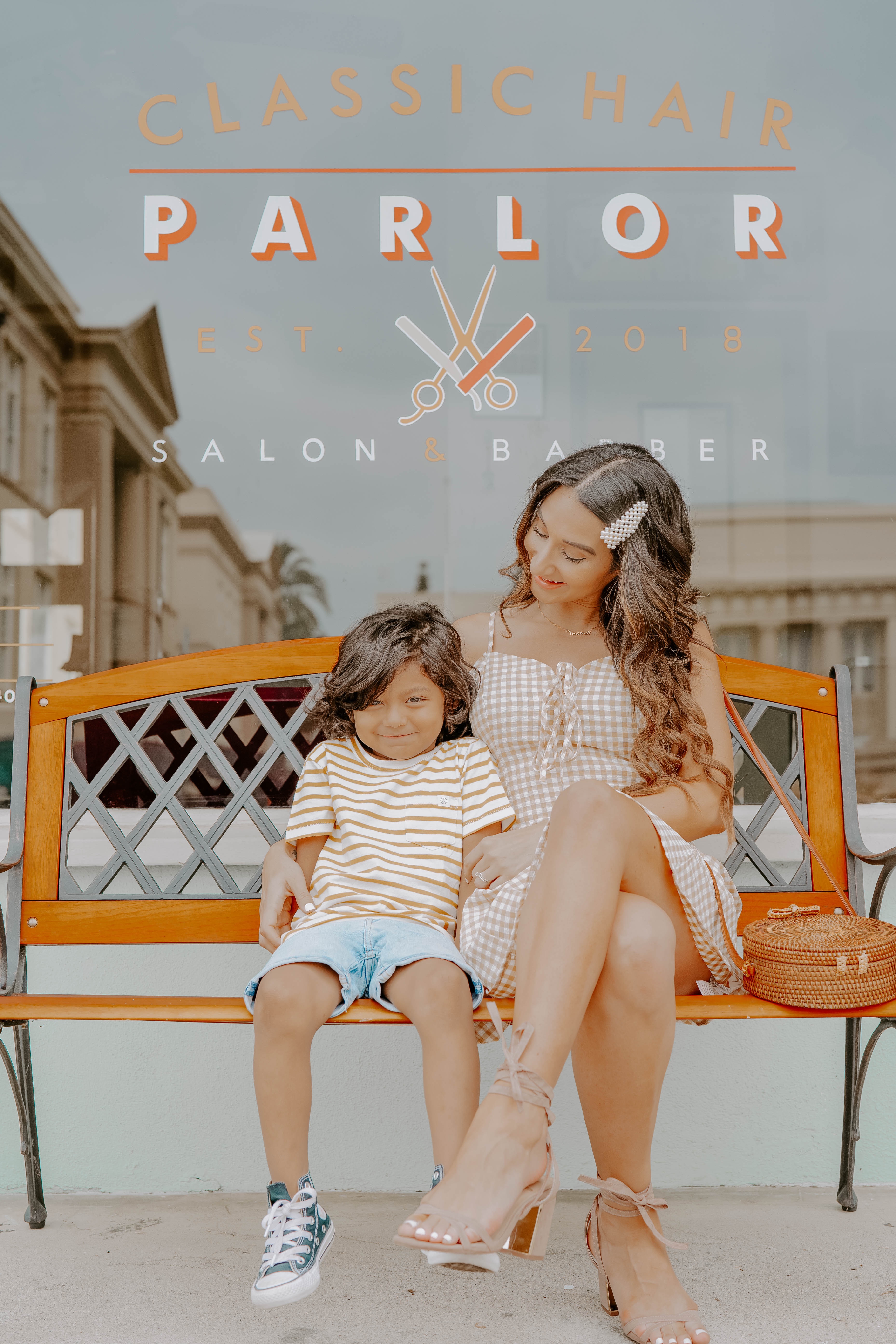 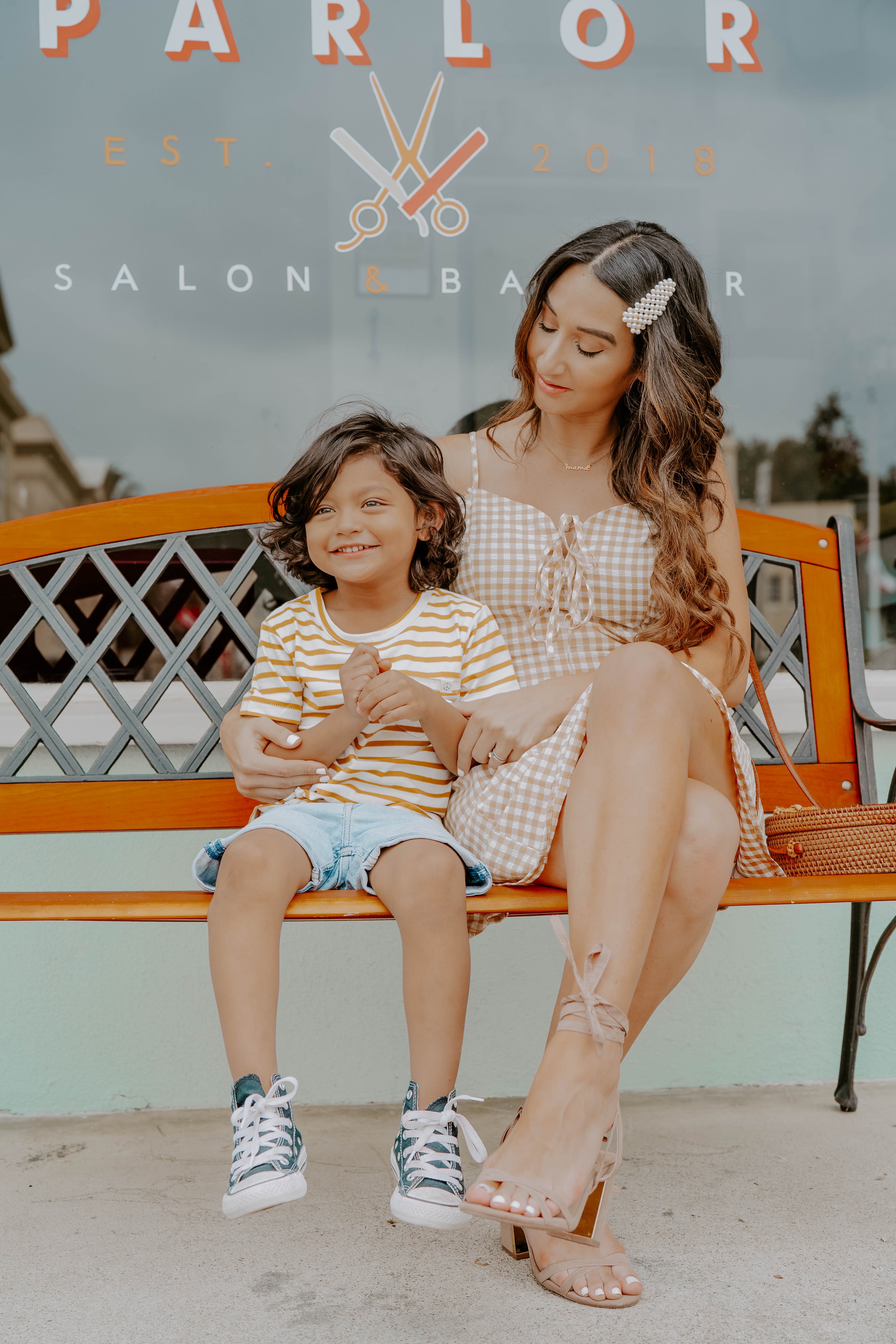 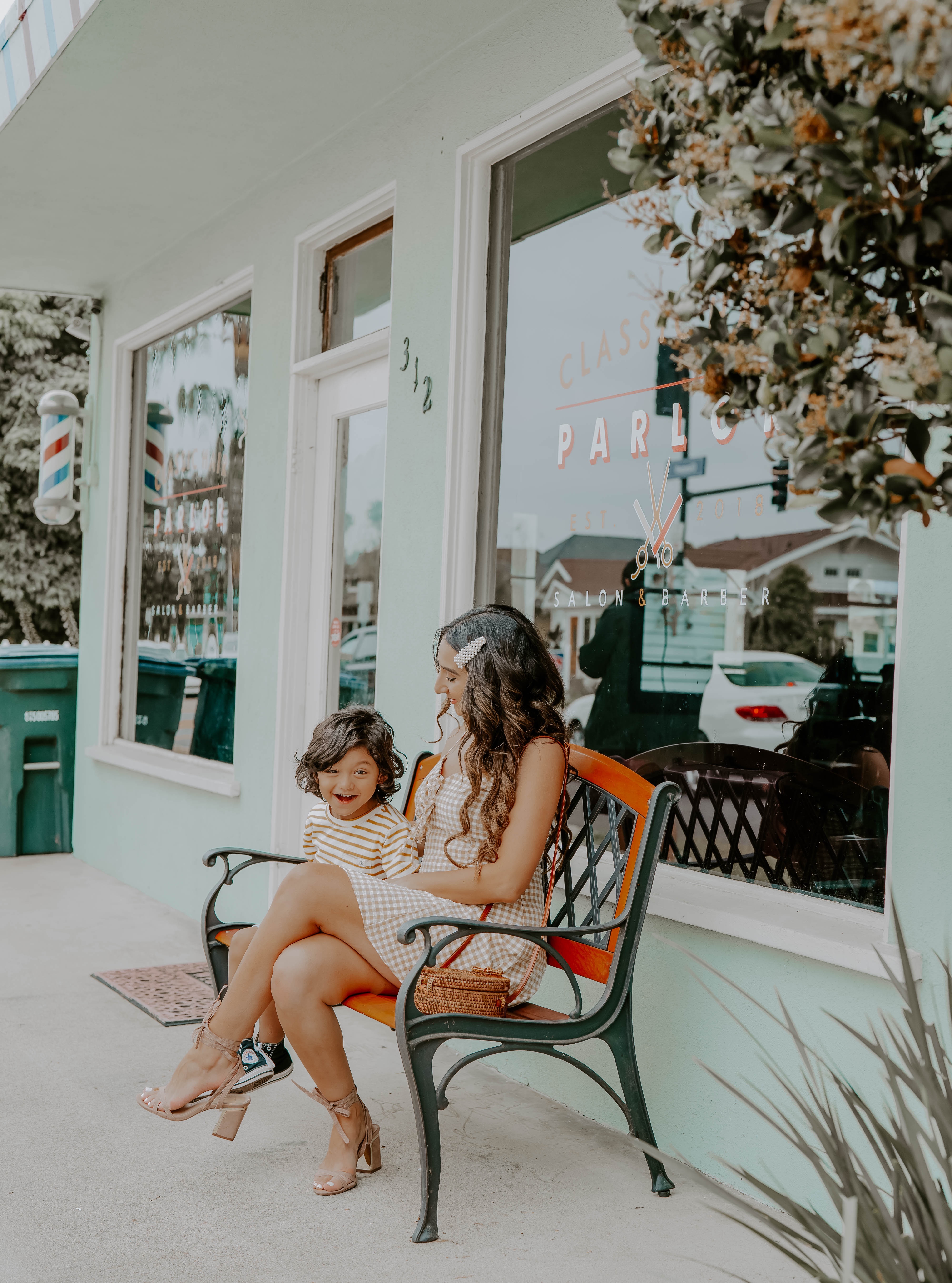 I hope you were able to learn from some of the mistakes that I made as a first time mom.  As always, if you have any questions or just want to chat please reach out to me! 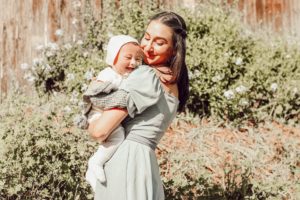 The Truth About Talc

This year a big goal of mine is to make sure our family is using cleaner products. When Truth About Talc reached out to me to help spread awareness of the dangers of talc, I was proud to partner with them! So first of all, you might be wondering what exactly talc is? It’s basically a mineral… 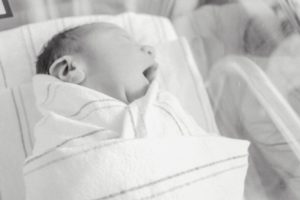 Welp, I’m sitting here five months postpartum and I’m finally typing out my birth story.  If that doesn’t speak volumes about what it’s like to have two kids, I don’t know what does.  I wanted to make sure to document my birth story before I’ve forgotten all of the details.  I promise to share a… 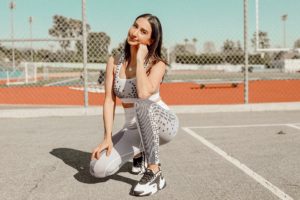 How to Be as Productive as Possible While Sleep Deprived

Last night (like most nights) I didn’t get much sleep.  I wasn’t able to fall asleep until 1am, and my 5 month-old woke up several times throughout the night.  We also made the switch to formula a few days ago so I’m also adjusting to having to get up to heat up bottles in the…